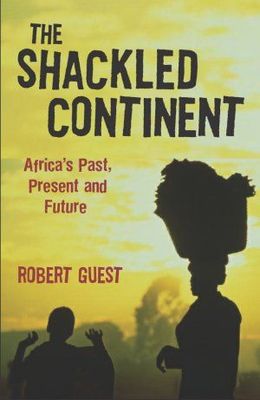 The Shackled Continent : Africa's past, present and future

Africa is the only continent to have grown poorer over the last three decades. Why?

The Shackled Continent, Robert Guest's fascinating first book, seeks to diagnose the sickness that continues to hobble Africa's development. Using reportage, first-hand experience and economic insight, Robert Guest takes us to the roots of the problems.

Two-fifths of African nations are at war, AIDS has lowered life expectancy to as young as forty years old and investment is almost impossible as houses that could be used as collateral do not formally belong to their owners. Most shocking of all is the evidence that the billions of dollars of aid, given to Africa has had little perceptible effect on the poor.

The Shackled Continent, sometimes controversially, explanations for this state of affairs. In this magnificent and engaging book, Robert Guest provides an invigorating history and an inspired commentary on the enigma of modern Africa.

"'I doubt whether there is a better brief introduction to the travails of modern Africa and their causes' Anthony Daniels, Sunday Telegraph 'He is a lively and observant reporter who can describe, in a breezy no-nonsense style, the horrors and miseries of Africans in the interior...The reader can learn much from this lively and outspoken book' Anthony Sampson, Guardian 'A provocative read' The Glasgow Herald"

Robert Guest is currently the Africa Editor for the Economist and regularly appears on CNN and the BBC. A graduate of Oxford University, he lived in Africa for three years reporting on wars, famines, crazy monetary policies and bizarre drinking games. He lives in London.